Warning: getimagesize(https://openfemenino.com/wp-content/uploads/2020/11/2019-Azahara-Miguel-1-scaled.jpg): failed to open stream: no suitable wrapper could be found in /srv/vhost/openfemenino.com/home/html/wp-content/plugins/wp-open-graph/output.class.php on line 306 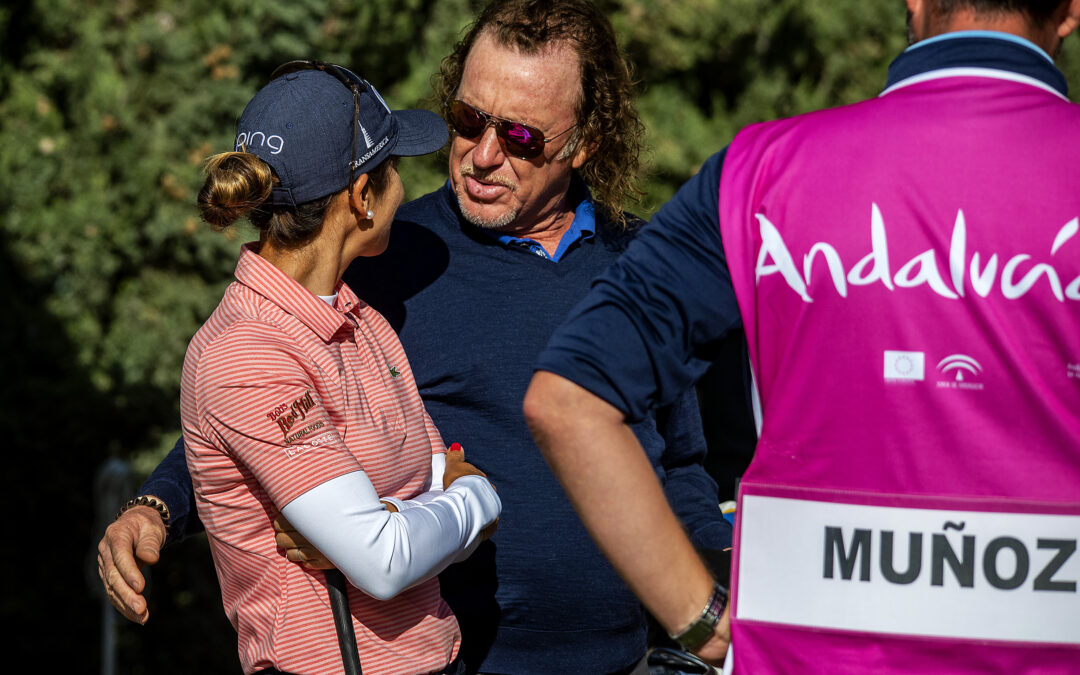 38 years after the star Rosie Jones won the first edition of the Spanish Open in Las Aves (now Real Club Valderrama), the Ladies European Tour returns to Andalucia with the celebration of the Andalucia Costa del Sol Open in Spain, a tournament that will be played from November 26th to 29th in the Real Club de Golf Guadalmina and will serve as a magnificent finale to the season.

There are only two months left for the action to begin in the Malaga countryside, one of the most important quarries of Spanish golf. For the fifth consecutive year an Andalusian course will host the Spanish Open, a historic championship whose list of winners is adorned with illustrious names such as Azahara Muñoz, Anne Van Dam, Laura Davies, Melissa Reid, Marie-Laure De Lorenzi and Rosie Jones. On this occasion, it also has the added attraction of serving as a closure to the season, as it will be the last race of the Race to Costa del Sol, the ranking of this female circuit.

Once again, women’s professional golf becomes a good reflection of the reality of Andalusian tourism and sport and a luxury ambassador for potential national and foreign visitors who will undoubtedly follow the competition through its television broadcast, social networks or the media. With 104 courses throughout its territory (21% of those present in all of Spain), golf attracted almost 600,000 tourists to Andalucia who contributed more than 700 million euros and served to avoid seasonality, one of the greatest drawbacks of tourist destinations.

With its support for the tournament, the Junta de Andalucía once again makes it clear that golf is a priority segment in its strategy as a safe tourist destination and that it considers it an ideal vehicle for transmitting the values of this community. Precisely, among the main benefits of the Andalusian offer are its amplitude and variety, ideal to complement the enjoyment of all those who come to practice their favorite sport and find a great offer of cultural, gastronomic, natural and leisure proposals.

Beyond the golf courses, the almost one thousand kilometers of coastline, the well cared for natural areas (Andalucia is the Spanish community with the largest extension of protected territory), the facilities to enjoy snow and mountain tourism, and the spectacular range of quality accommodations serve to cover all possible needs of the visitor, always with an enviable climate throughout the year.

The Andalucia Costa del Sol Open in Spain, therefore, serves to underpin the reality of Andalucia as a leading golf destination in continental Europe and also as a powerhouse of national golf, since the promotion of the popularization of this sport by the Junta has served to make golf the third most popular sport in the community in number of licenses with almost 44,000 (only surpassed by Madrid in Spain). The implementation of measures to bring golf to any public (especially women, young people and families) in collaboration with the Royal Andalusian Golf Federation and other institutions is bearing fruit, as can be seen in the notable activity of clubs such as the Real Club de Golf Guadalmina, the tournament headquarters, the cradle of champions and the nursery of Andalusian and Spanish golf.