THE COSTA EL SOL, PRIORITY DESTINATION FOR THE BEST GOLFERS IN THE WORLD 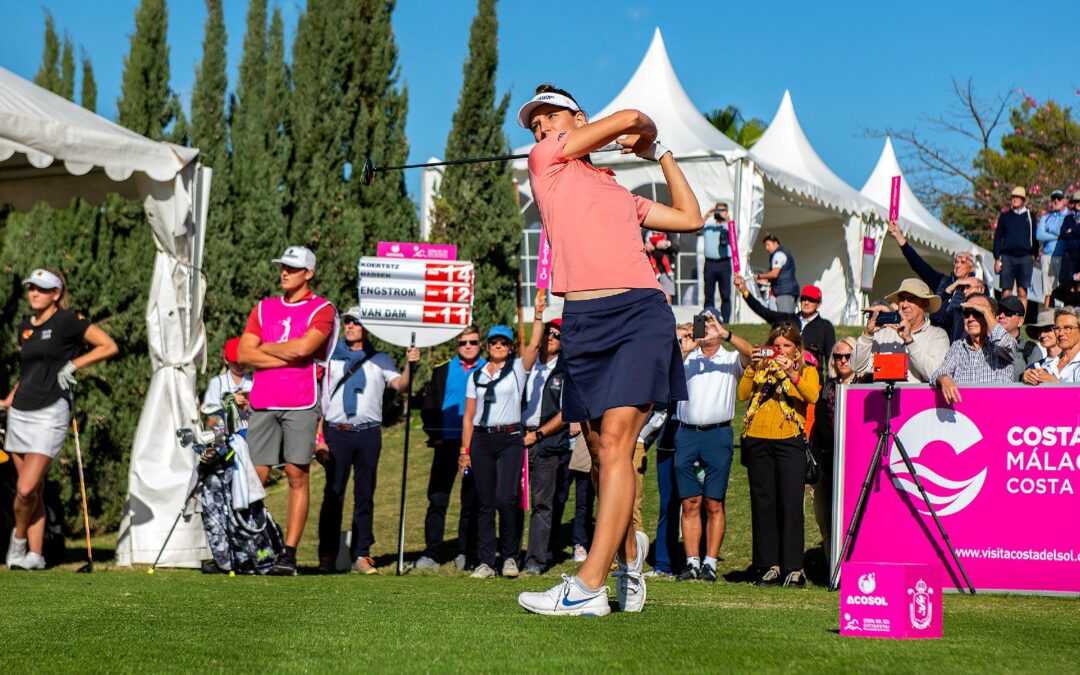 For the fifth consecutive year, the Costa del Sol will become the center of attention for women’s professional golf in 50 days thanks to the celebration of the Andalucia Costa del Sol Open in Spain, a tournament that will take place from November 26th to 29th at the Real Club de Golf Guadalmina and will close the season with a golden clasp. The only event of the Ladies European Tour to be played this year in Spain will serve to culminate the Race to Costa del Sol, order of merit of the circuit sponsored by Turismo y Planificación Costa del Sol and a magnificent promotional vehicle for this region.

The San Pedro de Alcántara course designed by Javier Arana takes over from other renowned Malaga courses that have hosted the competition in previous editions (such as Aloha Golf or La Quinta Golf & Country Club) and will act as a spectacular ambassador for the more than 70 courses that populate the deservedly named Costa del Golf, a strip that runs from Nerja to Sotogrande and includes the Malaga coastline and the Mediterranean area of the coast of Cadiz.

The best professionals of the Ladies European Tour will join the hundreds of thousands of visitors who come every year to the best golf destination in continental Europe to enjoy its mild climate and a wide range of leisure, cultural and gastronomic options along the more than 160 kilometers of coast. All of them will try to follow in the footsteps of the Dutch Anne van Dam, winner of the last two editions, or the local Azahara Muñoz, also double champion and winner in the 2017 edition played at the Real Club de Golf Guadalmina, and will fight for the honor of being proclaimed winners of the first Race to Costa del Sol in history, the ranking of the Ladies European Tour currently headed by the Danish Emily Kristine Pedersen.

In the Costa del Sol, golf goes far beyond being a leisure complement and becomes the main reason that drives the visit of the golf tourist, a loyal visitor who extends his stays and is faithful to a destination that offers security, diversity, exquisite treatment and first class services. To convey this reality to potential national and foreign travelers, the Andalusia Costa del Sol Open in Spain has a great tool, a television coverage that reaches 148 countries and reaches 500 million homes.

The Real Club de Golf Guadalmina, which has recently celebrated its 60th anniversary, will offer the beauty and exigency of its layout, a sample of the quality offered by the courses of Andalusia and the Costa del Sol, which have allowed them to host first class professional championships such as the Ryder Cup, the Volvo Masters, the World Cup, the Spanish Open or the Estrella Damm N.A. Andalusia Masters.

On the horizon is another stellar female competition that the Costa del Sol aspires to, the Solheim Cup in 2023. The most important tournament on the international golfing scene takes place every two years between the European and American teams and, if confirmed, it will be held in Spain for the first time. Without a doubt, the courses in the area (signed by prestigious designers such as Javier Arana, Cabell B. Robinson, Robert Trent Jones, Tom Simpson, Perry Dye, Dave Thomas, Gary Player and Seve Ballesteros) offer magnificent alternatives for hosting this flagship competition that would reinforce the Costa del Sol’s leading position in golf tourism.

In any case, first we can enjoy the Andalusia Costa del Sol Women’s Open, which has the main sponsorship of the Ministry of Tourism, Regeneration, Justice and Local Administration of the Junta de Andalucía, Tourism and Planning Costa del Sol and Acosol – Commonwealth of Municipalities of the Western Costa del Sol.